But having never heard of her, I had to find out more;

It turns out she was a Scottish songwriter with a fascinating  history.

Grisell was the eldest daughter of Sir Patrick Hume, a staunch Scottish patriot.

In 1677, when Grisell was just 12 years old, she carried letters from her father to Robert Baillie who was in prison for plotting to assassinate King Charles II of England and his brother James.

Baillie’s idea was that the Catholic King and his brother would be killed and a Protestant heir would take their place on the throne. (Guy Fawkes had a similar idea when he tried to blow up King Charles II grandfather, James I, in the famous Gunpowder Plot of 1605).

The King’s men soon became suspicious of Hume as in the same year, 1677, Grisell was asked to be one of the Maids of Honour at the wedding of Mary (the Protestant daughter of the King’s brother James) to William of Orange. And although Grisell turned down this offer, the King wanted Hume arrested for questioning.

Hume hid in the crypt of Polwarth Church in the Scottish Borders while his daughter, Grisell, smuggled food to him and when news broke of Baillie’s execution in 1684, Hume fled to the Netherlands (home of William of Orange) where his family later joined him.

Catholic King James VII of Scotland (II of England) meanwhile took the throne following the death of his brother Charles II in 1685 but Protestant nobles called for the King’s Protestant son-in-law, William of Orange, to land an invasion army from the Netherlands.

When, in 1688 William did just that, King James fled for France and was replaced by his eldest, Protestant daughter Mary and her husband and invader, William of Orange.

This was to become known as The Glorious Revolution.

The Catholic former king, James, didn’t give up so easily though and made one big attempt to recover his throne from Protestant William and Mary. He landed in Ireland in 1689 with a small army in 1690 and there followed the Battle of the Boyne where James and his “Jacobite” army were defeated by William’s “Williamite” army. James returned to France where he stayed with his Catholic cousin, King Louis XIV (he of the Palace of Versailles and French Revolution fame) until his death.

Sir Patrick Hume and his family including Grisell returned to Scotland in 1690 after James’s ultimate defeat in Ireland and in 1692, Lady Grisell aged 27, married George, the son of the executed Robert Baillie. It was said that Grisell fell in love with George when she first met him aged 12 as she smuggled letters from her father to his.

Some of Lady Grisell’s songs were printed in Allan Ramsay’s Tea-Table Miscellany. The most famous being “And werena my heart light I wad dee” which originally appeared in William Thomson’s Orpheus Caledonius (otherwise known as A Collection of the Best Scotch Songs) which was published in 1725.

Lady Grisell was also memorialised by the Scottish poet, Joanna Baillie (not a known relation but she claimed to be a distant relative) in a poem first published in 1821 in Metrical Legends of Exalted Characters.

What a colourful history lesson.

We need your support!
Our charity, The Scottish Centre for Personal Safety, has reached the final of The Cream of Ayrshire Awards for “Best Local Charity”.

Please click on the link below, and give us your vote.

We cannot win this without YOUR help so please vote and share with your Friends to try to get us as many votes as possible. You don’t have to reside in Ayrshire to vote.

VOTES ONLY REGISTERED TODAY UNTIL THIS SUNDAY (24th) 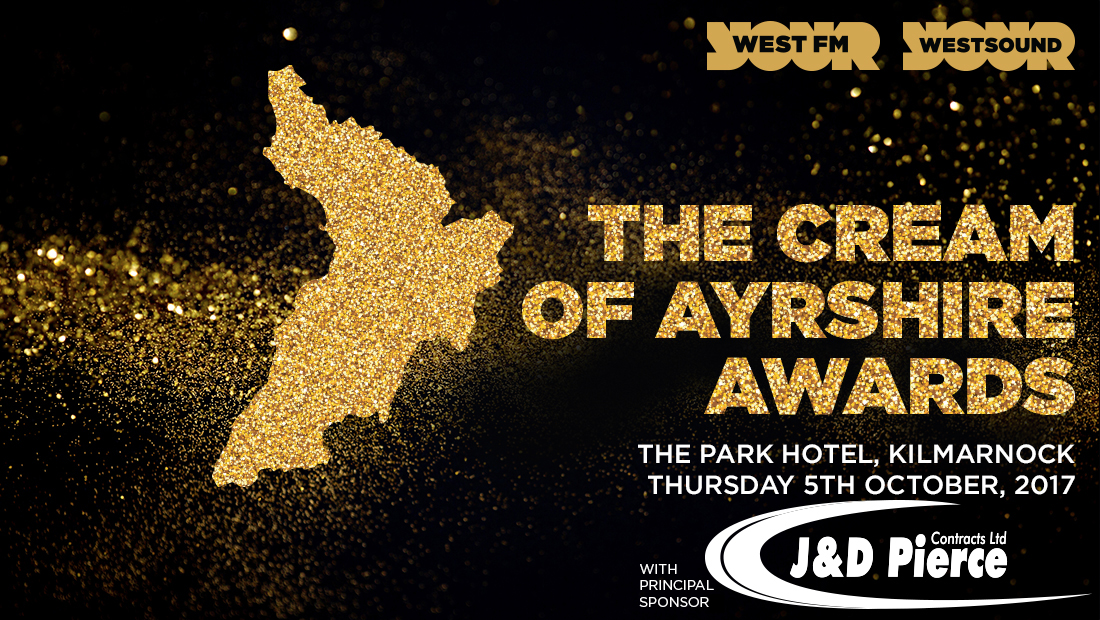 Obviously this is Queen Victoria as the date on the pamphlet is May 1893.

The nice thing about some of these Victorian adverts is that some were written as a short story instead of just the “buy me” type of advert we get today.

This story – “A Daughter’s Happiness” is delightful;

“There is no incident in a mother’s life more deeply moving than when she is alone for the last time with her daughter, shortly to become a wife, the training of whom for a useful happy life has been her constant care. There stands the young bride, full of hope and confidence in the future, scarcely giving a thought to the happy home she is leaving, and scarcely asking herself whether she will be equally happy in the home she is seeking for herself. In a few minutes the carriage will bear her away, and she will have passed from her mother’s care to that of the man to whom she is confiding her whole future happiness. In these few minutes of waiting the mother lives again the years that have flown past since her daughter was a wee toddling babe, and asks herself if she could possibly have done more than she has done to secure her daughter’s happiness. At such a time, the mother finds the deepest satisfaction in knowing that whilst her daughter is fully accomplished for the ballroom, and for all the social duties of life, she is equally well trained in all the details of household management. These things are not trifles, as some would suppose; the happiness of a household depends on cleanliness and comfort; with these the cottage is a HOME; without them the palace is a wilderness. HAPPY is the wife who has been taught that the easiest, surest, safest, and most economical way to ensure cleanliness and comfort in her household is by the regular use of SUNLIGHT SOAP.”

Oh my, how times have changed!

I find it frightening to think that this was a woman’s lot right up into the 1970s – you get married and then serve your husband, keep the house and be a good wife.

Aren’t you glad that we live in these modern times of equality?

And I also got some extra free weights;

As well as a new leg press and some spin bikes;

Our gym and training area is now complete. 😀

Thanks to everyone who has helped by donating pieces of kit. It really is very much appreciated.

At long last, I have finally started to clear out the old Vestry Room and make it into an office space where I can store confidential documents, hold private meetings, etc.

The plasterboard is completely off one of the walls due to water ingress which has now been stopped. This water damage has also caused a lot of the plaster work to comedown…

And the whole place needs painted and decorated…..

A little ray of sunshine

I came into the hall building the other day and noticed something lit up on one of the toilet doors in the corridor. It was a beautiful little image of the huge circular window in the main hall.

A little ray of sunshine had obviously shone through the window, carrying the image down through the entire length of the hall, through a small crack in the door, across the corridor and onto the the lower half of the toilet door.